I sit in my room, read and look how the mountains on the other side of the fjord appear and disappear again in snowfall. I try to guess if the airplane will go or not.

Siggi and Annukka take me to the airport because they want to make sure that I'm gone from the area. The plane is already on its way from Reykjavík and makes it also back to the capital. Siggi's father Jón is in the airport and Vidar, meeting next week's skiing group.
Weather is fine in Reykjavík. Sun is shining and there's no trace of snow. I'm like an alien with my winter boots. The girl in the reception is from Lithuania and is very happy to see someone from the Baltics. She claims that I'm the first person from Estonia who stays there but I have to cool her enthusiasm with saying that I have already been there three times before. So maybe the first person but the first time would not be today.
I go for a swim. Lot of people but it is still nice to sit in warm water outside. Either all Icelanders look alike or it seems that Björk undresses next to me. Later I stroll a long time near the sea to somewhere on the other side of the airport and back. I have found a new favorite thing to do in Reykjavík. People and swans stumble on the ice of Tjörnin. Then I eat too much. When I have terrorized the staff with Icelandic for some time it turns out that she's from France.
In the evening there's a movie. They have showed the Estonian film November three times since I was last here but of course not on the days when it would have suited me. Stockfish film festival is on. Today is the last day and I opted for an Iranian movie. The movie is gloomy.
Outside something shimmers above but the city lights are too bright to make sure what it is. Lonely gloves lay on the streets of Reykjavík. 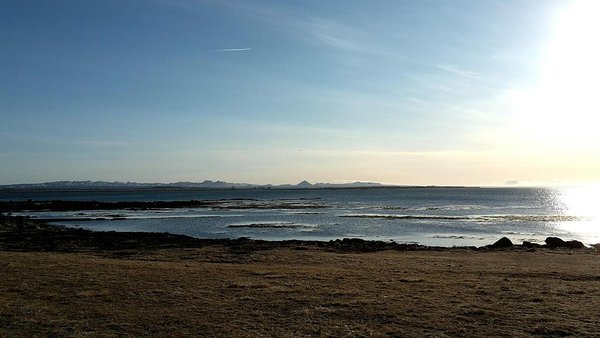 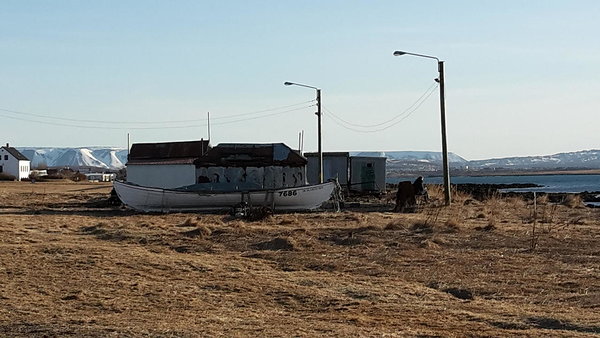 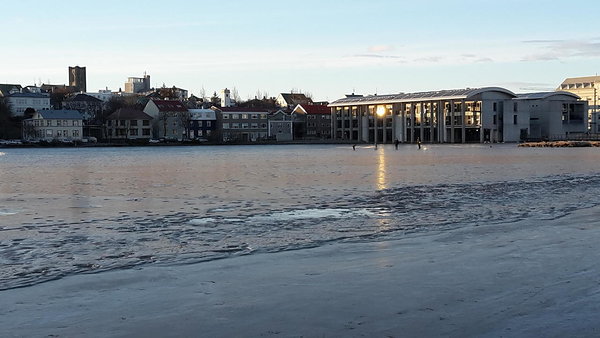 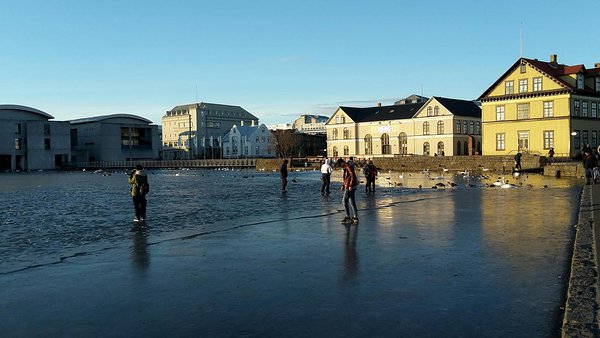 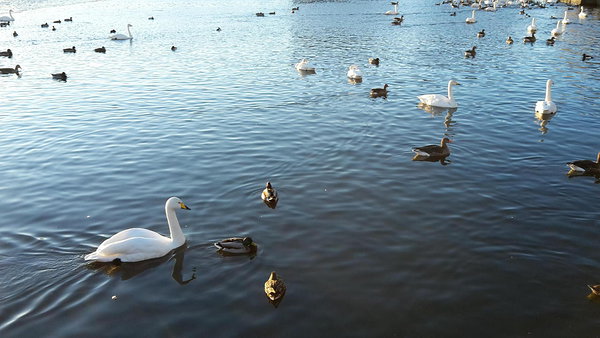 Previous
back in Ísafjörður
Next
home